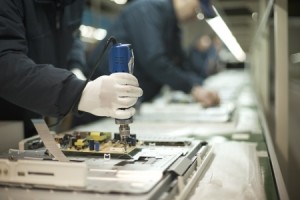 Have you heard of rare-earth magnets? They’re extremely strong permanent magnets made from common metals. Wait a minute—why are they called “rare-earth” then?

Well, for starters, they’re at the bottom of the periodic table of elements, and they typically have hard-to-pronounce names. If they were comedians, rare-earth elements would be like Rodney Dangerfield: “They get no respect.” The irony is that they’re actually very important to many things we take for granted today, including our cell phones and computers. The “rare” part has to do with where you can find them.

Unlike common elements, such as copper, which are found in large quantities in one cluster together, rare-earth elements have to be harvested from small spots around the globe. Furthermore, after harvesting, the elements need to be separated out from one another—a costly process.

Rare-earth magnets, which utilize neodymium, samarium, and/or cobalt, have become popular in the past couple decades because they’re super strong, producing magnetic fields up to, or surpassing, 1.4 teslas, whereas ferrite/ceramic magnets tend to be in the .5 to 1 tesla range.

Today, rare-earth magnets are used in many industrial applications.

IPES International of Pittsburgh sells rare-earth magnet separators, which cutting-edge companies use to remove unwanted debris from their production lines.

In fact, IPES is quite well known for both manufacturing and customizing a good variety of magnetic separation units—rare-earth included— helping companies reduce the amount of maintenance needed on their production lines while ensuring a safe product and work environment.

Proudly “Made in the USA,” call IPES today at 877-781-4660 to discuss magnetic separator options that will improve your production line performance.