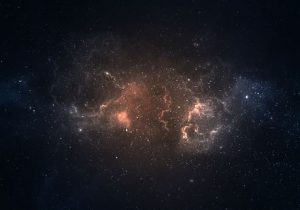 Magnetic sweepers are very important tools down here on Earth. They help companies to pick up loose nails, screws, and other metal objects that could potentially cause problems for them. These metal objects can puncture the tires on vehicles, cause damage to other objects, and even result in injuries. It’s why so many companies have invested in magnetic sweepers over the years.

An Interesting Use of Magnetic Sweepers

Magnetic sweepers might also prove to be very important tools in space soon. According to a CNN report, there are approximately 170 million pieces of space debris orbiting the Earth at this time. All that debris could pose problems in the future, as collisions between them can result in massive explosions and cause even more space debris to start orbiting the Earth. The debris, which ranges in size, flies around the Earth at about 8 kilometers per second, and it makes it difficult for scientists to send satellites and other things up into space.

Fortunately, a Japanese company is trying to figure out a solution to this problem, and it may have landed on something that could work. A company called Astroscale has put together a group of “Space Sweepers” that are developing systems to get rid of millions of pieces of space junk. While they haven’t divulged all of their secrets, they have revealed that they plan on using magnets to pull metal objects in space back down towards Earth where, if all goes according to plan, they will burn up after re-entering the Earth’s atmosphere. Astroscale has secured about $35 million in funding thus far, and the belief is that they could play a big part in the reduction of space junk in the years to come if their technology works the way they think it will.

IPES International is fascinated by what Astroscale is doing and can vouch for the power of magnetic sweepers. We supply companies (on earth ) with the magnetic sweepers they need to conduct business. We also sell magnetic separators and magnetic retrieving devices. Call us at 412-781-4660 today to hear more about our products.