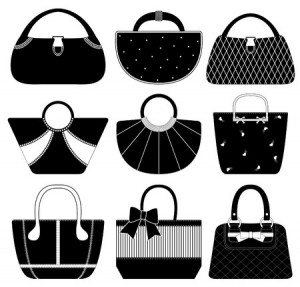 If you’re a regular reader of our blog, you know that we talk a lot about our own products, the magnet industry in general, and the state of manufacturing in the United States. Concerning magnets, they play a really big role in manufacturing across different industries. Rarely do we talk about the role magnets are playing in other industries, such as, you guessed it, the fashion industry. Yep…

The fashion industry in Laguna Beach, California is going gaga over magnets and they have become chic over the past couple years, as reported in the Laguna Beach Coastline Pilot. The brainchild behind these chic magnets is Stefanie Phan. Her clutch handbags are sweeping the west coast.

Describing Phan’s fashion aesthetic, Kathleen Luppi writes, “The designer of tailor-made clutches infuses a touch of the personal and the super-luxe in her new line, which she has been working on since 2012. The acrylic clutch is finished with hand-cut facets and accented with a black ebony acrylic clasp that incorporates rare-earth magnets for a snap closer.”

There we go again – the term rare-earth magnets being used. We’ve become accustomed to those metals popping up in just about everything. Not only are these metals rare, but Phan’s technique in making the clutch handbags is just as rare. Luppi writes, “Working in acrylic, the material her husband and father-in-law have mastered for a combined 70 years, is a dying art.”

So, in a way, the rare-earth magnets are re-magnetizing a dying art, getting it going again and at IPES International Inc., we support the resurrection of anything to do with manufacturing, whether it’s building cars in the Rust Belt or clutch handbags on the California coast.