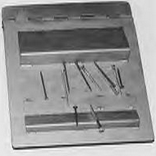 Think back to when you were a child, and you were given a magnet for the first time. Of course, this probably isn’t a memory you’ve held onto, but it was probably a pretty big deal at the time. Because magnets play such a large part of our everyday lives, we tend to forget how fascinating they are, and how amazing they must have seemed upon their discovery in nature.

So when were magnets first discovered, and what was the reaction? Since magnetism is naturally occurring, this is a difficult question.

Legend has it that a Cretan shepherd named Magnes first discovered magnets about 4,000 years ago, in a place called Magnesia. Apparently, the man was herding sheep when the nails in his shoes became stuck to a strange rock. The rock, unbeknownst to Magnes, contained a material that would come to be known as magnetite. Sounds a bit fishy, but that is the legend.

In reality, there appear to be traces of magnets found in both Greek and Chinese culture. When mentioned, magnets were shrouded in mystery. Because early cultures didn’t understand magnets, they were assumed to have powerful magical qualities, even the ability to cure illness. Some even feared that magnetic islands could suck in and destroy their ships.

It’s believed that the Chinese were the first to invent a functioning compass with magnetite almost 5,000 years ago. After floating a small sliver on magnetite on water, they found that it always ended up pointing in the same direction. In Western culture, the invention of the compass led to another name for magnets: lodestone, which translates to “leading stone”.

For thousands of years, magnets were greeted with superstition and scientific ignorance. It wasn’t until about 500 years ago that magnets and the way they work began to be truly understood.

Today, magnets help accomplish things in industry that would be impossible otherwise. They are a great example of harnessing nature to make life easier. At IPES International Magnetic Division, we harness that power for satisfied customers with the highest level of expertise and service in the industry.